Plant a tree in memory of LeRoy
An environmentally-friendly option 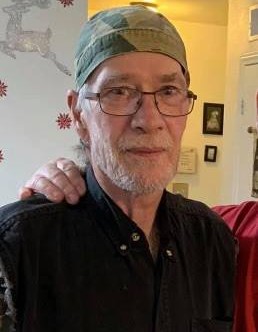 LeRoy Wilson Fishbaugh, 67, passed away peacefully on July 12, 2021, with select family and friends by his side.   He was born on February 21, 1954, in Lancaster, Ohio to Lewis Wilson Fishbaugh and Helen Louise Whittington Fishbaugh.  When he was a young boy, the family moved to Ocala, Florida where he enjoyed running in the orange groves and swimming in the ocean.  As a young adult, he performed as a gunslinger at the Six Gun Territory in Silver Springs, Fl with his brother Bill.  They portrayed notorious outlaw brothers, Billy, and Ike Clanton.

In the late 1980’s, he moved to Las Vegas, NV where he began a long career working in casinos as a slot machine technician.  It was shortly after his move that he met, and married, Lynn Martin Teed on August 18, 1990.   After many years in Las Vegas, they decided to move to the Ocala National Forest in Florida he worked for a casino cruise line in Cape Canaveral and enjoyed engaging with the alligators.

After a few years, they moved to Colorado to be begin a new adventure and to be closer to his father-in-law in his last years.  He continued to work in his career at various casinos throughout the years until he and his wife moved to Southeast Idaho where he worked on their daughter’s farm.

After several years of hard work on the farm and increasing health concerns, he decided that he would move back to Las Vegas to live with and spend time with his granddaughter, Haylee, and great grandson, Skyelar.  The time he spent with them produced strong and lasting memories.

Throughout his life, he enjoyed and had a passion for fishing, hunting, shooting pool, riding motorcycles, helping raise dachshunds, nature, and spending time with his family.  He was so excited to get the opportunity to meet his newest great grandson, Xyon, due in August 2021, but God had other plans.

He was preceded in death by his parents, Lewis and Helen, brother William, sisters, Sandy and Charlene, sisters-in-law, Viola and Mary, brothers-in-law David, Alvin, and Mark.

No memorial service is planned at this time, however, feel free to go fishing, hunting, or riding in his memory.

Plant a tree in memory of LeRoy by clicking here.
To send flowers to LeRoy's family, please visit our floral store.

A service summary is not available

Plant a tree in memory of LeRoy
An environmentally-friendly option

Plant a tree in memory of LeRoy

1 tree planted in memory of LeRoy

A Memorial Tree was planted for LeRoy Wilson Fishbaugh

Plant a tree in memory of LeRoy